Thank you Ernie for the post! Do check out his book, I really enjoyed it and pleasantly surprised I did.

The writing of Internal Lockdown began as an exercise in personal preparedness 14 years ago. As a high school teacher, I felt underprepared for dealing with a school shooting incident. This despite the fact that the high school I taught in had experienced a fatal school shooting five years before Columbine took place.

On a beautiful spring Monday in 1994, a sophomore walked up behind his classmate in biology and shot him in the head, killing him instantly. At the time of the shooting, I was in the cafeteria, a floor below the bio lab, proctoring a large study hall. We were clueless and vulnerable partially because, at the time, there were no protocols for what to do. While shootings in school buildings were not unheard of, the educational community treated them like they would not occur on their campuses. It was somebody else’s problem.

Then Columbine happened and brought school shootings into the national consciousness, because the casualty number was so high and because the events unfolded in front of the eyes of millions of viewers nationwide. School districts across the country started developing procedures for threatening situations, and the term “lockdown” entered the educational mainstream. Still, attention and preparedness waned, even in our school. So, I dealt with my own concerns by doing research and writing out scenarios.

For a classroom teacher, especially in a public school, control can be an issue on a normal school day, let alone in the midst of a lockdown. What do you do with kids who have to go to the bathroom? What do you if a diabetic starts to crash, and her insulin is in the nurse’s office? How do you calm the kid with emotional issues, who is a handful on a regular day? What do you do about cell phones? Knocking at your door? And the problems multiply exponentially the longer the lockdown goes on.

And those were things I experienced during the infrequent drills we had. 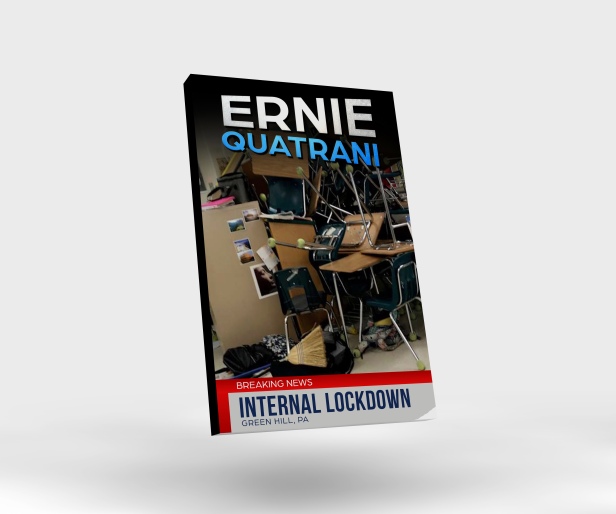 I began writing a short story about a normal day interrupted by an announcement to lockdown and it quickly becomes obvious that this is not a drill. Now what? I did not go outside the “known”. The point of view was strictly from the classroom. The characters did not know where the shooter was; cell phones did more to create hysteria than help the situation; every noise outside the classroom sounded threatening and heightened tension; the teacher was faced with some of the scenarios I presented earlier.

I kept writing over the course of several years, taking plot elements from real shootings, and the short story grew into a novel. For example, a key element of the novel is chained doors, a scenario that occurred in the Virginia Tech shootings. No situations occurring as a result of the shooters’ actions in the novel are my original creation. Unfortunately, chapters and scenes mirror actual events.

I saw the novel as something of a wake-up call for anyone in the educational community who might read it, because media coverage of school shootings was almost invisible, even though they were still happening.

2 thoughts on “The Story Behind Internal Lockdown by Ernie Quatrani”